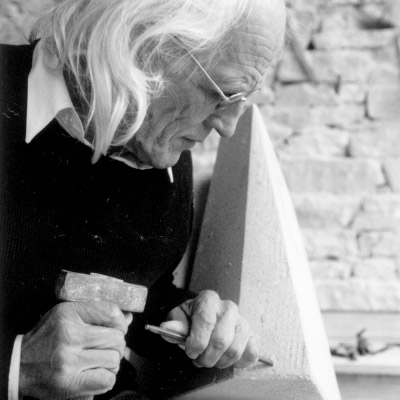 Eino was born in 1940 in Finland. Eino successfully using the most diverse materials: marble, stone, onyx, quartz, clay, wood, iron, steel, bronze. There are numerous personal exhibitions. Eino has carved more than 150 portraits and almost 500 works were accepted in museums, universities, and private collections in cities around the world including “Snowflake”, an imposing monument in Carrara marble installed in the Olympic Park in Utah, “Ludmila Engqvist,” a commemorative portrait of the 2002 Olympics, “Victory” given by the Maxwell family at the University of Berkeley in California and “Olympic Spirit”, bronze in 2004 was permanently installed in the square called “Olympic Champions” built to Athens during the Olympic Games. The creations of Eino for LDM Italy, excellent workmanship and artistic quality, are characterized by the imaginative power and the delicate balance in the measurement of space, to the point that the volumes carriers seem borne solely by the effects of light structures.